Two of the most common ways to pay off debt are the debt snowball and the debt avalanche. Chances are you’ve probably heard of at least one of them, if not both. I’m going to outline the basic concepts as well as the pros and cons of using both to pay off debt.

*This page contains affiliate links. At no cost to you I earn a commission if you make a purchase after clicking my links.*

Using the Debt Snowball to Pay off Debt

To follow this method you simply write down all your debts from smallest to largest. You then take the smallest debt and find any money you can in your budget to add to the monthly payment. You pay only the minimum amount due on all other debts.

Once the smallest debt is knocked out you take your snowball amount (which should have grown from when you started) and you add it on top of the minimum payment of your next smallest debt. This process is continued until you have a very large snowball to throw at your largest debt. Once you are done the size of your snowball is now your money to keep every month!

Congratulations! You’re out of debt and are now free to save and invest that money! Following the common baby steps, you then build up your emergency fund before investing in retirement and saving for a house down payment (if you plan to buy a house).

Pros & Cons of the Snowball

The pros of this method (beyond the obvious fact that you pay off your debt) are mostly psychological; it’s easier to stick with it for the long haul and knock out all your debt when you see measurable progress. By starting with the smallest debt you feel the momentum faster and stay pumped to keep going.

The biggest con of this method is that you can pay out more money in interest if you aren’t as “gazelle intense” as you can possibly be the entire time or you have a lot of higher interest debt. If you slack off or take your time on your smaller debts but you have one credit card that is maxed out at a high-interest rate you’re going to pay more interest just making the minimum payments until you make it to that debt with your snowball. If you’re a huge numbers geek you may have a problem with this.

We used the debt snowball to pay down credit card and furniture debt early in our marriage as well as pay off vehicles early, but didn’t get very far on student loan debt with the snowball.

Most adherents of the snowball method also pause retirement investment during the snowball. I didn’t pause my retirement contribution til I was really feeling concerned about job security and felt the urge to get more intense and stay home with our kids. They are our why for being debt-free after all.

The debt avalanche method involves paying debts according to their interest rate rather than the individual balances. List your debts from the highest to lowest interest rate and pay them off in that order. Make only the minimum payment on the smaller interest debts until you reach them in the avalanche (downhill momentum) Some people only aggressively pay off the highest interest rates before focusing more intensely on investments. It makes more sense to some people to invest money at a much higher return than they are “losing” on lower interest debts such as their mortgage.

Bear in mind people who invest more aggressively while carrying some lower interest consumer debt typically have more disposable income at their fingertips. If you don’t feel like you can both pay off your debt and invest at the same time, then don’t. Get your debt out of the way and the invest.

Pros & Cons of the Avalanche

The biggest and most obvious pro is the amount of money saved on interest. If you are a numbers geek you may love this method. It also allows a little more flexibility in that most adherents still invest in retirement while paying down their debt. This is awesome especially if your employer offers a match. Even while paying down debt at least invest up to the match; it’s free money you’re using to pay for your future! It also seems a little less intense than the snowball.

The cons include the potential to casually carry debt if you aren’t very intense or diligent in avoiding low-interest debt. Another con is the potential for misguided attempts at using the avalanche to ONLY pay on the higher interest debts and neglect the other debts.

Use the Method that Works for You to Pay off Debt

You can use either method to pay off debt. The most important thing is that you pay it off! Paying off debt is one of the best things you can do financially. The goal is to earn interest, not pay it.

Compound interest is the 8th wonder of the world. He who understands it, earns it. He who doesn’t, pays it.

I personally prefer a mix of the two; if you have one or two really high-interest debts knock those out and then follow the snowball. And take advantage of any employer matched retirement contributions. Chances are you won’t miss the median match of 3% pre-tax income.

One thought on “WAYS TO PAY OFF DEBT: THE DEBT SNOWBALL VS THE DEBT AVALANCHE” 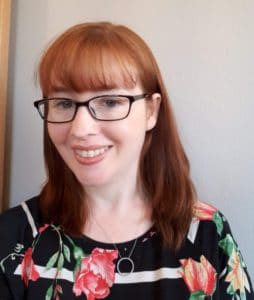 Hi, I’m Cassie! Welcome to a Life on a Dime. I’m passionate about minimalism, budgeting, non-toxic living, and I love a good DIY! If you like what you see here go ahead and click below to sign up for the newsletter and free weekly meal plan! I’d love for you to join us as a frugal friend!